Today, and every day, the Bishop Chatard community honors the military veterans who have served our nation, and pray for the safety of the men and women serving in today’s Armed Forces.

As a small thank you for their service , we will honor all veterans, their family and friends who have served or are serving at our Veteran’s Day Mass on Thurs., Nov. 12, 2020 at 9:55 a.m. Due to COVID-19 concerns, our Mass and Veterans Day celebration will be livestreamed for our veterans to share.

Note: The BCHS Veterans’ Day Concert, originally scheduled for Nov. 11 has been cancelled.

Veterans and Those Currently Serving from our Community

We thank the following Bishop Chatard alumni and community members for their service to our country. Veterans, active duty military and their family members are encouraged to submit information for Bishop Chatard’s Veterans Day salute. Submit recognition information here. . 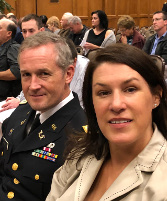 – Veteran
– U.S. Army
Kevin is the son of Diane Miller Schmidt, BCHS Class of 1965. Kevin provided Army personnel with information about law, in and out of court. He also wrote wills for soldiers being deployed.
Kevin retired from the Army obtaining the rank of major after 20 years of service. 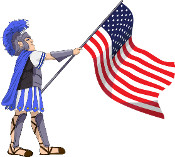 2nd Lieutenant Michael Alerding is serving his first year with the US Marines in Jacksonville, NC. A recent PU graduate and new husband, he is in charge of provisions for his men. Michael is the grandson of Diane Miller Schmidt, BCHS Class of 1965. He has obtained the rank of 2nd Lieutenant. 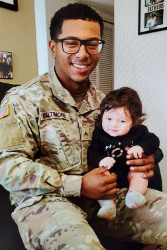 – Active Duty
– U.S. Army
Jesse is a relative of BCHS Graduate Paula Corley, ’81. Jesse was recently promoted as NCO, on active duty in the United States Army, stationed at Fort Hood, Texas. Previously, he has served in Kuwait. 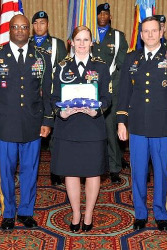 – Veteran, U.S. Army
– BCHS Class of 1988
Christine retired from the Army in 2011, after serving 22 years. She served all over the world to include 4 deployments oversees at varied locations. She retired at the rank of First Sergeant out 3rd ID, Ft Stewart, Georgia. 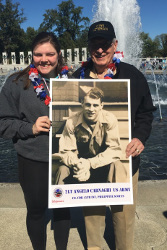 – WW II Veteran
– U.S. Army
Angelo was a 2nd Lieutenant/Co. CDR in the 45th Infantry, Philippines Scout, during WW II. He is the grandfather of Jackie Carnaghi, Class of 2015. 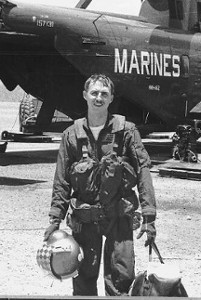 Jesse served in the U.S. Marine Corps from 1970-1975. He obtained the rank of 1st Lieutenant and is a Vietnam veteran. He was a helicopter pilot with the 3rd Marine Air Wing and served aboard the USS New Orleans, the USS Iwo Jima, and the USS Blue Ridge. 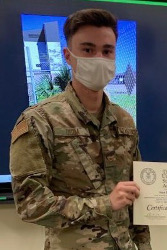 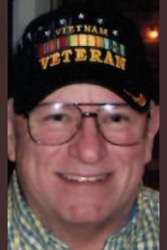 – Veteran
– U.S. Army
Mike was in the Army with the Green Beret Special Forces, serving in Vietnam. He is the grandfather of current student Davis Falcon, Class of 2023. 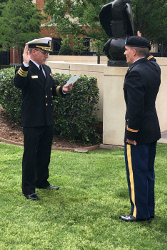 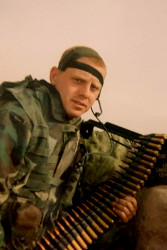 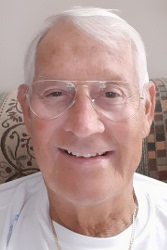 – Veteran
– U.S. Army
Ron was a Sargeant in the Army, serving from 1965-1971. He is the grandfather of BCHS alumni Michael Mates ‘18, Katherin Board ‘19 and current students Nicholate Mates ‘20 and Christopher Board ‘21. 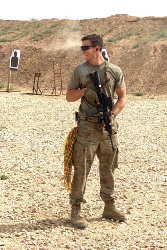 – Active Duty, U.S. Army
– BCHS Class of 2016
Mark is a Specialist currently on active duty in the Army.

– Veteran
– U.S. Air Force
Ronald was a Staff Sergeant in the Air Force. He is the grandfather of current student Ben Leising, Class of 2024.

– Veteran
– U.S. Army
John was in the Medical Corp. John is the father-in-law of BCHS Trojan Tot teacher and BCHS alumna, Maura (Bailey ’98) Leppert, and grandfather of current student Kennedy Leppert (Class of 2023). 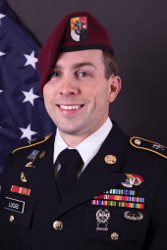 – Active Duty, U.S. Army
– BCHS Class of 2010
Staff Sergeant Christopher Lucas serves as a Signal Intelligence Analyst in the U.S. Army and is currently assigned to Camp Humphreys in South Korea. He served four years at Ft. Bragg, N.C., as part of the 3rd Special Forces Group (Airborne), and during that time was deployed to Northern Africa. 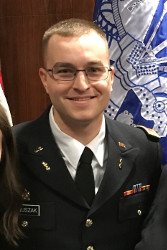 – Active Duty, U.S. Army
– BCHS Class of 2012
Thompson is a First Lieutenant in the U.S. Army. He is currently stationed at Ft. Hood but will be starting his Captain’s Career Course in February 2021. 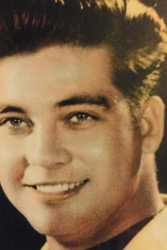 – Veteran, U.S. Navy
– BCHS Class of 1984
Dan trained at Great Lakes NTC as a Navy Hospital Corpsman and served at Naval Hospital San Diego. He then served with the Marine Corps and was deployed to Saudi Arabia for Desert Storm.

– Active Duty, U.S. Army
John is a 2nd Lieutenant in the Army (infantry) with 1.5 years active duty. He is with the 82nd Airborne Division at Fort Bragg, North Carolina. John is the brother of Elizabeth Ogorek, Class of 2022. 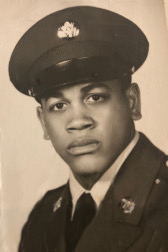 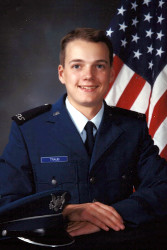 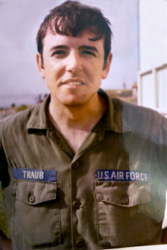 – Veteran
– U.S. Air Force Security Service
Jerome was in the service from 1967-1971 and advanced to the rank of Sergeant E-4. Jerome is the father of the following BCHS alumni: Jennifer (Traub) Priser ’88, Susan (Traub) Baker ’89, Michael “Benjamin” Traub ’94, & Andy Traub ’95 and the grandfather of BCHS current student, Natalie Priser ’22. 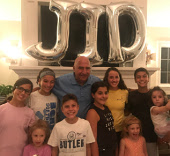 – Veteran
– U.S. Navy
Vince’s children graduated from BCHS and he has one granddaughter that is a current student. He retired as a Captain in the Navy.

– Veteran
– U.S. Navy
Petty Officer 3rd class Christopher Valentine served 4 years in the US Navy as an Aviation Electronics Technician. He helped land airplanes on ships in Japan. He is the son-in-law of Diane Miller Schmidt, BCHS Class of 1965. 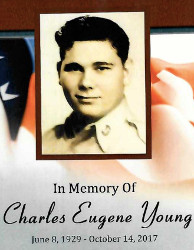 – Veteran
Charles was the great uncle of BCHS graduate Abigail Apley, BCHS Class of 2023. Charles was awarded the Korean War purple heart and several other awards. He loved America and freedom. 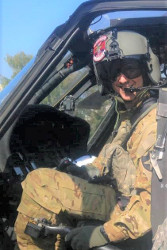 – Active Duty, U.S. Army
– BCHS Class of 2010
Captain Zander graduated from the US Military Academy at West Point in 2014. Upon completion of Army flight school at Fort Rucker, Alabama, Captain Zander served two years as a Black Hawk pilot and MEDEVAC Platoon Leader in the Republic of Korea, providing MEDEVAC support throughout the peninsula. Subsequently, CPT Zander deployed to Afghanistan where he continued to provide MEDEVAC support to Operation Freedom Sentinel. He then completed a one-year assignment as the Brigade Adjutant to the Command Group in the 101st Combat Aviation Brigade. Currently, he serves in Europe as Commander of the Headquarters and Headquarters Company, 101st Combat Aviation Brigade, 101st Airborne Division. CPT Zander is rated as a Pilot in Command and Air Mission Commander. Concurrently, he is pursuing a masters degree in Aerospace Engineering at Georgia Tech.

We are always interested in hearing from our alumni who are in active military duty or are veterans. We will pray for you and can include you in our veterans/military display above and at our Veterans Day mass.

SEND US INFORMATION OR A PHOTO